We’ve been working with Milton, Delaware based Dogfish Head Brewery since 2012 making slow crafted t-shirts to showcase their slow-crafted beer.

They are the definition of a creative, entrepreneurial business that flexes with the times. From their brewery to distillery, restaurants to inn, their love for community and getting good folks together is infectious.

Dogfish Head Brewery is a brewing company based in Milton, Delaware founded by Sam Calagione. It opened in 1995 and produces 262,000 barrels of beer annually. The brewery takes its name from Dogfish Head, Maine, where Calagione spent summers as a child.

Select brews (including many of the brewery’s seasonal and one-off selections) can be found in 31 U.S. states, plus Washington, D.C. Dogfish Head also licenses “Dogfish Head Alehouse” with three locations in Gaithersburg, Maryland, Falls Church, Virginia, and Fairfax, Virginia.

On May 9, 2019, Dogfish Head announced it would be acquired by the Boston Beer Company.

What do we love about them most? That they still source all their ingredients from the US and make all their beer in the US. Totally in alignment with how we make t-shirts at TS Designs. 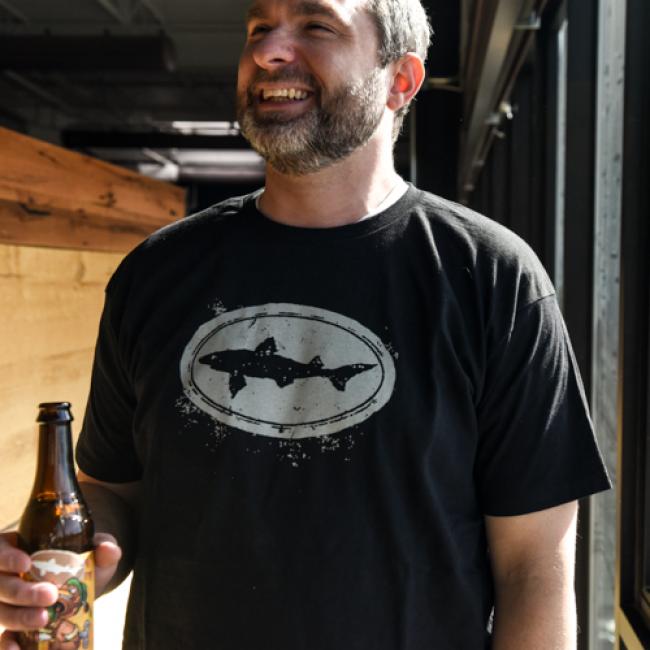 Let’s work together and make some t-shirts wholesale for your company!

Start here on our wholesale page.