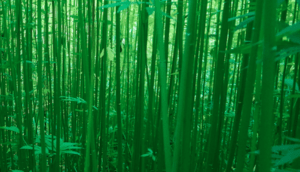 In this Sourcing Journal article on US hemp production, TS Designs president and CEO Eric Henry talks about the challenges and hopes for a domestic hemp supply chain. TS Designs is pressing forward with Solid State Clothing, the company’s latest line that will feature hemp blends for a more sustainable alternative.

“Federal legislation of hemp may have finally made its long-awaited arrival in the United States, but obstacles still abound before the hippie-approved agricultural crop lives up to its hype.

Blame a little something called states’ rights—the same ones advocated by famed farmer (and president) Thomas Jefferson. Individual states still have to decide how they want to regulate hemp, particularly since it looks and smells just like its more controversial cousin, marijuana, which is still illegal under federal law.

Because both hemp and marijuana are derivatives of Cannabis sativa, the only way to distinguish the two is to measure their concentration of tetrahydrocannabinol, or THC, the psychoactive component that gets people high. To qualify as hemp under U.S. government standards, the plant must contain less than 3/10ths of 1 percent of THC.”

For more on the efforts to build a domestic hemp supply chain, read the full article on Sourcing Journal.